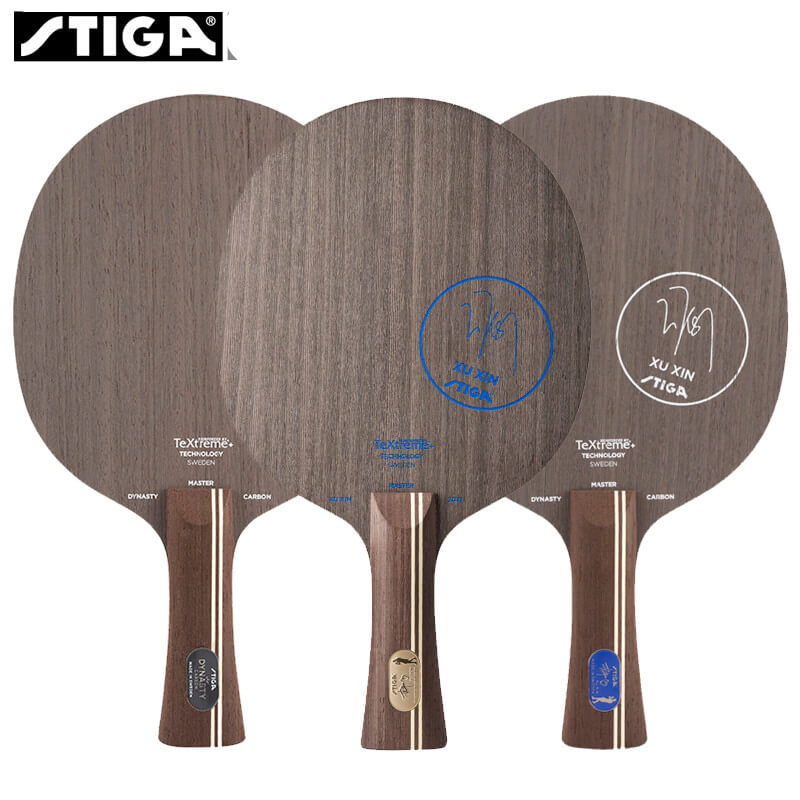 From this blog, we are going to make a series of reviews of table tennis equipment, including ping pong rubbers and blades.

Today we are going to introduce you a really really popular blade, stiga carbon pro. Actually, it’s the top-selling one in the market, with 3000+ reviews on Amazon. So let’s have a quick look on earth it’s worthy to buy.

In the first place, let’s have a quick glance at the price as the budget is the problem that most people are concerned with. If we have a look at Amazon, the price is about 75 dollars.

It’s acceptable for the majority of people. In fact, Stiga company designed this blade for players who are serious about improving their skills.

So if you are about to discard your table tennis racket bought in Walmart and purchase a personalized blade, this one is a decent choice.

Stiga sports, based in Sweden, is a world-known table tennis equipment manufacturer. The company started its production in 1944.

It is famous for the high quality of the products and great service for the clients. If you are a table tennis player, I bet it’s impossible that you never heard about it!

The most attractive part of Stiga carbon pro is its ACS tech. According to the official explanation, the ACS will insert tiny air capsules so that can increase the sponge elasticity.

As a result, the player can have better control even when they hit the ball at a high speed and at the same time, generate strong spin. Now let’s have a look at its other part.

The pro one has 5 layers of wood and 2 outer layers of carbon. As we have mentioned in our previous blog, an all-wood blade can make players have a “soft” feel when they hit the ball which is really important for beginners.

But the bad thing is that sometimes it would be too soft and lack spin as well as strength. So 2 layers of carbon with high stiffness are often added with 5-layer wood as an added weapon and power. The players feel “harder” when hitting the ball and can generate stronger spin easily.

The handle has been applied a new tech called SDT(shock dispersion tube), to absorb vibrations and transfer energy.

The weight of Stiga carbon pro is about 159 grams. As common sense, carbon is heavier than wood. So it’s a little bit heavier than a normal all-wood blade, ranging from 80 to 100 grams generally speaking. But 159 grams is acceptable, especially taking into the added power brought by two carbon layers.

Despite the ACS that we have mentioned, there is also some other technology that has been used in this blade.

From 0 to 10, we have to give 9.8 because its performance in speed is almost perfect. Its performance will impress players who like smashing and driving.

In fact, I wanna give it a full mark, but it’s not fair as it may cause misunderstanding that this is the best blade hahaha. But honestly speaking, the spin and speed are its main strength. If you wanna beat your opponents, those 2 factors are the most important ones.

Control has the lowest rating among those factors. As it’s always difficult to get control and speed at the same time. Normally faster the ball is, the more potential mistakes the players may make.

But for those beginners and intermediate players, it’s sufficient. Only be careful when defending some smashing balls, sometimes it produces a strong bounce off the rubber so it may cause some problems sometimes.

So now, let’s check its pros and cons and what kinds of players are suitable for choosing it.

After the all-around analysis, I suppose now you have got the answer. If you are a totally new beginner from zero or a defensive player who plays chopping, then it may not proper for you;

However, if you are an intermediate player and want to improve the performance through upgrading your paddle, it will bring you great surprise in spins, speed, and power!