Ma Long, born on October 20, 1988, in Anshan City, Liaoning Province, is a Chinese table tennis player and an alumnus of Shanghai Jiaotong University. He plays for the Chinese men’s table tennis team as captain.

Ma long started playing table tennis at the age of 5. On the one hand, it is because Ma Long was relatively thin and sickly when he was a child. Ma long’s father thought that playing table tennis can make him become stronger, and it is not easy to get injured. It is a good physical activity.

On the other hand, the older generation has a ping pong complex. According to Ma Long’s recall, when he was a child, his family often gathered in the room to watch table tennis games in front of the TV.

Finally, in the 1995 Tianjin World Table Tennis Championships, the Chinese team won the championship. Ma long sat in front of the TV with great excitement.

Soon after, Ma Long, who was only 15 years old, was selected for the Chinese national table tennis team. Before that, there is a small interlude. The 13-year-old Ma Long was facing the situation of being eliminated from the provincial team.

However, when the coach of Beijing Xicheng Sports School went to Liaoning to select players, coach Guan Huaan took a fancy to Ma Long and brought him from Liaoning to Beijing to continue learning table tennis. Only then did he have the opportunity to enter the national team.

In 2005, Ma Long defeated Ma Lin in the men’s singles event of the National Games and won the bronze medal.

In 2006, the 18-year-old Ma Long participated in the Bremen World Championships with the Chinese table tennis team and won his first world championship; the same year he won the Doha Asian Games men’s team championship.

On March 31, 2008, Ma Long fought hard for six matches in the Asian Cup table tennis and won the men’s singles championship with a 4-2 victory over his teammate Chen Wei. On December 14 of the same year, Ma Long, together with Wang Hao, Ma Lin, and Wang Liqin, won the first singles championship in the ITTF Professional Tour Finals. From 2008 to 2009, Ma long set the Guinness World Record for [male with the most consecutive wins in the ITTF World Tour Finals].

On October 25, 2009, in the men’s team match of the Table Tennis World Cup against South Korea, Ma Long won the singles and helped the Chinese team beat the South Korean team 3-0 to defend the title successfully.

In September 2011, Ma Long won 3 championships in 34 days in the 24th Asian Table Tennis Cup, and also became the first person in the history of the Asian Cup as a triple crown champion.

From the Suzhou Open in August 2011 to the Slovenia Open at the end of January 2012, Ma Long continued his unbeaten record of 56 games in 224 days, which became the highest personal record of the ITTF and the China Table Tennis Federation.

In August 2012, he participated in the men’s table tennis team competition at the London Olympics. In the semi-final against Germany, Ma Long scored two points and defeated Ocharov and Steger respectively, becoming the number one contributor to the men’s table tennis finals; in the subsequent men’s team In the final, Ma Long beat South Korean star Ryu Seungmin 3-1 in the first set, laying the foundation for the Chinese team to win the championship, and at the same time reaping the first Olympic championship title.

On September 30 of the same year, Ma long won the World Cup with a 4-0 victory over Bol, which was also his first singles world championship.

In February 2016, in the men’s singles final of the German Open, Ma Long defeated Samsonov 4-1, and the total number of singles champions on the tour increased to 25, surpassing Wang Liqin and becoming the most successful Chinese player in the Table Tennis Federation Tour. In March, in the team final of the World Table Tennis Championships in Kuala Lumpur, he played the second game and swept the opponent 3-0, helping the Chinese men’s team to win the eight consecutive World Table Tennis Championships. Ma long won all the games 3-0 without losing a set.

On August 6, in the men’s team final of table tennis at the Tokyo Olympics, Ma Long, Fan Zhendong, and Xu Xin represented the Chinese team with a 3-0 victory over the German team, achieving the fourth consecutive Olympic championship in this event.

Malone was given the name of a hexagonal warrior by the Japanese media. What is a Hexagon Warrior? Hexagonal Samurai generally refers to the shape that represents the attributes of a character in the game, which include serving, defense, experience, strength, agility, skills, etc. Those skills will be represented by a circular radar chart, and then the stronger the attribute, the wider the range of each aspect, directly from a star to a hexagon. Therefore, a person who has reached the pinnacle of all attributes is called a hexagonal display.

He is a person with all six sides, a person with all attributes and conditions. Ma Long is a player with very comprehensive skills and almost no shortcomings. His achievements are unprecedented, and no one has come since. He is worthy of the title of hexagonal warrior.

As a representative of the new era of loop combined with fast attack, Ma Long’s forehand has strong strength and the backhand technique is also more advanced than the veteran Wang Liqin. Thus he has a greater advantage in the game.

Ma Long’s technique is very comprehensive, and he belongs to the high-level players who have outstanding specialties and no obvious loopholes. There are fewer technical shortcomings in the game, so it is quite difficult for opponents to find a way to break through. His main playing styles are the following three:

1. As we all know, Ma long’s skills are comprehensive, and he is not famous for a certain stoke.The key to Malone’s victory is his continuity and fewer active mistakes

2. China’s First Three Bat Skills used to focus on speed and strength, but Ma Long not only has speed, but also emphasizes placement. In the Korea Open against Athens Olympic champion Ryu Seungmin, the battle only last 30 minutes and end at 4:0. All the combinations were placed in different positions.

3. Ma Long’s technique is different from the tendency of most male players to twist and pull the ball in the whole court. The advantage of the whole court’s twist and pull is that he can turn the ball into topspin which can provide more opportunities. And Ma Long’s style is closer to the late Kong Linghui and Wang Liqin’s early days. Like many traditional Chinese shakehand players, he emphasizes the forehand attack and controls the placement of the ball to create opportunities.

After the Tokyo Olympics, Ma Long has not announced his retirement for the time being. However, he has missed many international competitions. On the one hand, years of training and competition have brought many injuries to Ma Long, and he really needs to rest for a long time; on the other hand, the Chinese table tennis team also needs to train young players. Ma long now spends more time with his family. For Ma long’s love story, you can refer to this blog post. 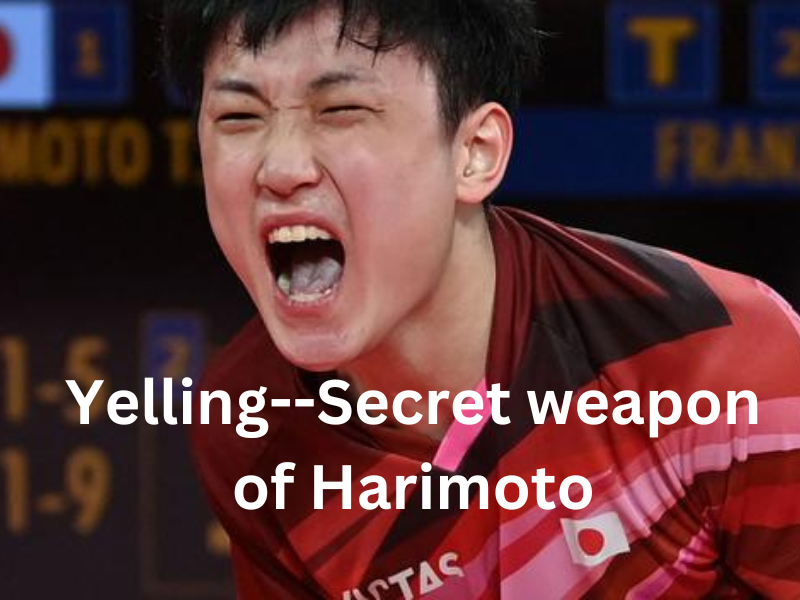