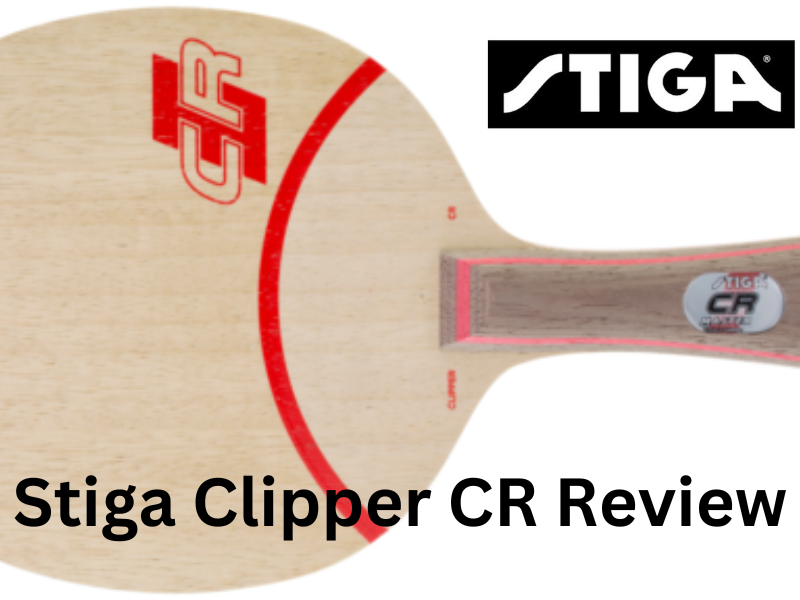 Stiga blades are known for their exceptional quality, giving players total confidence in their equipment. Stiga Clipper CR blade is a must-have for all offensive players who like fast-paced games with plenty of attacking power. This powerful and accurate blade provides consistently high-level shots, enabling you to take control of the court.

Stiga Clipper CR was my second blade when I first learned ping pong when I was 7. I have used it for over 5 years and have different feelings along with improving my table tennis skill. This blade has been an important part of my life. So today, let’s have a look at the test of this classic Stiga blade.

Many sellers and reviews have such a description of Clipper CR: This blade is a combination of CL and CR technology. The surface is treated with CR technology for a faster initial speed.

What is the CR technology of Stiga Company?

Stiga’s CR technology refers to spraying photo-sensitive resin on 2/3 of the racket’s surface, which is irradiated by UV light to harden the blade’s surface. This can increase the racket’s rebound efficiency without affecting the overall deformation of the racket and increase ball speed by approximately 21%.

Lots of ping pong lovers know that Stiga’s CR technology has been applied to many of its classic blades, such as Stiga clipper, offensive classic, all-around classic, etc. The harder and faster blade gives players great support during topspin rallies, counter-attacks, blocks, etc. It has a faster initial speed than Liu Guoliang’s Clipper.

Many table tennis lovers are confused by Clipper CR non WRB and Clipper CR WRB. Actually, Stiga Company has produced two versions of Clipper CR. One of them is without WRB, which we often call normal or regular CR, and another one is CR WRB.

WRB stands for the weight of balance, rate of recovery, and ball sensitivity. The only difference between the regular Clipper CR and Clipper CR WRB is their thickness and weight. The WRB is slightly lighter than the regular version but a little bit thicker. And CR WRB is more head heavy, which helps offensive players to generate more powerful shots and is much easier to reset between every stroke. Who is Stiga Clipper CR for?

Stiga Clipper CR is not a quite fast speed, and it requires more effort to generate powerful strokes. There are two types of players who can choose it. 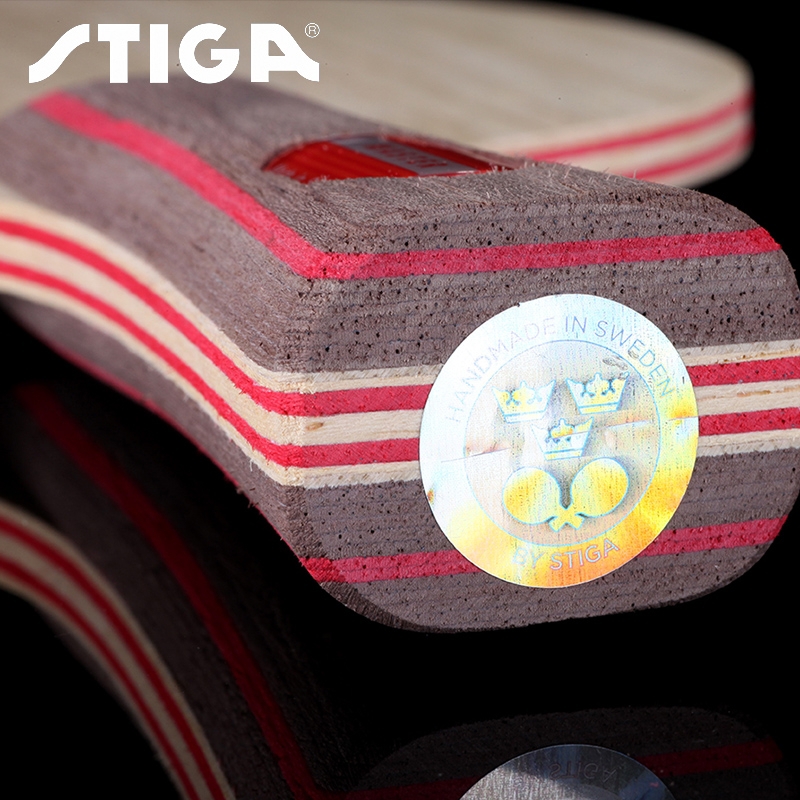 The grip is light brown, not as prestigious as the rose, but has a minimalist premium feel. The word “Clipper” was written on both sides of the handle, and there are two red arcs on the front and back of the blade. Generally speaking, the design is quite elegant.

The weight of the blade is 88 grams, which is not heavy. And the thickness is about 6.42mm, which is slightly thicker than other tested blades. The Clipper CR has a woody feel as its structure comprises 7 wood ply without any carbon. This made the blade a great attacking weapon and has a great impact when hitting the ball.

So later I replaced Hurricane with Donic Bluefire and under such circumstances, the forehand loops are much more aggressive and powerful. The speed comes up a lot with proper hitting time and more effort to hit the ball. Personally speaking, I don’t think it’s a good choice to match this Clipper CR with Hurricane rubber. The woody feel lacks enough power and speed compared to the carbon blade.

But the speed and spin of the forehand topspin can be well controlled. Players have to put more effort than the carbon blade when looping. Using Clipper CR to play the topspin rallies in the middle and back court makes me feel the ball is not violent and powerful enough. Zhang Jike ALC has an obvious advantage when looping far away from the table. The strokes are more powerful and much faster.

However, Clipper CR is more controllable when looping the ball and it’s proper to generate high loops. Normally speaking, some players tend to loop the ball with a really low arc over the net and it gives less time for opponents to react. At this time, it’s suitable for them to use carbon blades like Zhang Jike.

However, some players like to loop the ball with a higher arc. The advantage is that the balls usually are more spinny and it’s much more stable. Also it lefts the opponents more time to think and once they hit the ball much sooner or later, they will probably make a mistake. In such cases, Clipper CR is a better choice.

The feeling of ball control is relatively good. I feel it is better than Zhang Jike ALC, and players can use it to do drop shots with enough confidence. Especially for players who are not so offensive with a playstyle of control, or those who like to push the ball or load the ball at the net zone, Clipper CR can help you return the ball stably and precisely.

The feeling of defense and control is amazing and these are the edge of Stiga Clipper CR. It seems that no matter how powerful or spinny the incoming ball is,  it can be perfectly returned back. The blade can perfectly absorb the power and it’s easy to do both active blocks and passive blocks.

Players can even make some punch shots with their backhand to surprise opponents. Clipper CR has a great balance between the head weight and the handle. The overall block feeling is comfortable and stable, so that’s why so many players choose to put a short pips rubber on this blade.

Players can choose relatively soft rubber to have better control during the games.

Stiga Clipper CR is beloved by many for its excellent control and spin capabilities. It is especially popular among Chinese players, as well as those in other high-level leagues around the world. The handle is comfortable to grip, allowing better control of angle and spin.

It’s a great choice for beginners to practice and improve their basic skills, just as I did in childhood. I have even used this blade to learn chopping and play long pips rubber. It’s also great for advanced players to play fast shots during the games and get a great experience.

As one of the most classic blades from Stiga Company, it is worth giving it a shot!