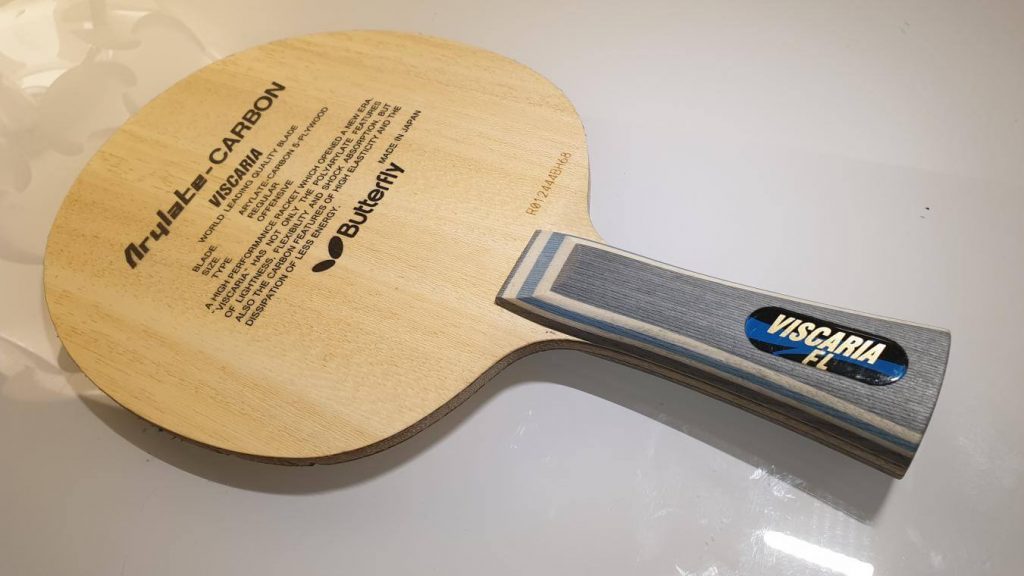 When it comes to the best table tennis blade currently on the market, perhaps W968 and Viscaria may come into the mind of most people. Butterfly Viscaria, it is no exaggeration to say that it is the most topical blade.

Due to its excellent performance and good reputation, it is extremely popular in the table tennis community. Viscaria and W968 are currently the two most popular blades and are the first choice of many professional athletes

The Butterfly Viscaria was originally a blade that was about to be discontinued by the Butterfly Company, but because that Zhang Jike used this blade and won the Grand Slam, it has become popular again.

Zhang Jike himself is an athlete with lots of personality and his anecdotes have left a great impression on people. The mostly-mentioned one was that he played the game very sleepy in the 2016 Rio Olympics. It also caused the Chinese national team coach Liu Guoliang to shout: “Wake up! Wake up! This is the Olympic Games!!!  You can’t continue like this!” In the end, Zhang Jike became awake again and beat the opponent. 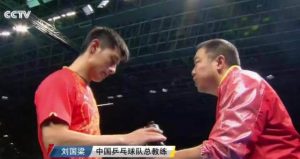 “Tearing clothes” is also regarded as Zhang Jike’s most famous action, and thus huge numbers of female fans are crazy about him. He even got the nickname “Tibetian Mastiff” due to this. Therefore, the Butterfly Company launched the new version of Viscaria in August 2018. In this blog, we will make an in-depth comparison of the two versions and decide which one is better.

Features of the new Viscaria and old Viscaria

The layout of both two blades has these words – the perfect combination of stability and flexibility.

The structure of both paddles is the same:
-5 layers of wood + 2 aromatic carbon – the classic 5+2 construction with two layers of topsheet.

-The material of the first layer is KOTO (0.5 mm), which has a high stiffness without being rigid.

-The second layer is the blue aromatic carbon (0.2mm), which is flexible to reduce the stiffness of the carbon and has decent elasticity.

-The third layer is the Ayous, a kind of wood full of power that is widely used in table tennis blades.

-The fourth layer is a thin paulownia wood core (0.6mm), which makes the blade softer and more flexible.

Well, from a physical point of view, firstly, according to the properties of the koto, the surface is medium-hard, which means that the initial speed of this blade is not particularly slow.

While the Ayous wood is more elastic and tough, so the combination of the two will bring sufficient deformation so that the ball can be popped out quickly.

Secondly, the blue aromatic carbon has a balance of power and control, and we will prove that in the later playtest. Finally, the paulownia core is going to play its unique role in the whole blade, which is characterized by its control.

At the first glance of the structure and material, it feels as if the blade has more power, while lack control in defense. Now let’s do the test play to figure it out!

In the test play, we used DHS Hurricane 3 (39 degrees) as forehand and Butterfly T64 as Backhand. In terms of loops or flicks, it can be felt the new Viscaria performs better. As one of the fastest blades, the slight difference between the two versions can bring players different feelings and even distant results in the games. Especially when driving or looping in the short court, obviously the new Viscaria is much more explosive. So it’s not difficult to understand that the Butterfly Company advertises it as excelling near from the table.

Although the Butterfly official website gives the same parameters, the new Viscaria has an outstanding performance in the initial speed, and a clearer feel when hitting the ball. However, with the constant backing up, and when the power is gradually fully developed, you can feel that the old Viscaria is able to pop out the ball like a bamboo. Obviously, the new Viscaria is inferior in the middle or back court.

Both rubbers are excellent in terms of spin and can meet the needs of most top-level players. But there is little difference between the two rubbers. As we mentioned above, in the middle or back court, the old Viscaria is much more powerful. Under great strength, it can generate more amount of spin and a more curved arc. After the ball falls onto the table, it would have a faster speed and move forward with more power, which makes the opponent uncomfortable. It can be felt that the old one could wrap the ball better, while the new Viscaria only has a faster initial speed but performs relatively poorly when playing far away from the table.

There are some subtle differences in the control of placement between the old and the new version, but they are not particularly noticeable. The new Viscaria has better damping and has advantages in dropping shots and long pushes. Players can control the placement of the ball precisely without a lot of mistakes. The new one has a softer feel compared to the old version and a higher fault tolerance rate.

Compared with those inner carbon blades, defense is not the advantage of Viscaria. But it’s also an excellent blade among carbon fiber blades. However, when the incoming ball becomes powerful, Viscaria has more vibration when blocking. These two classic blades, defensive performance is still moderate, but still slightly inferior compared with the built-in fiber ones.

The new Viscaria is more suitable for amateurs. While the old one is more suitable for professional players or amateur players with good basic skills. Both two versions are ideal weapons for versatile loopers or offensive players, which allow them to lift up the ball easily and loop at any distance from the table.

The new Viscaria is relatively a more comprehensive blade with only a slight defensive deficit. Apart from that, the new one has better fault tolerance, but it does not mean that it is suitable for everybody.

The reason why Zhang Jike uses this board is because of the explosive output but at the same time, the performance is not poor in other aspects. So if you have a similar play style, which relies on killing the game with power and explosive loops or smashes, then this blade is your playstyle. 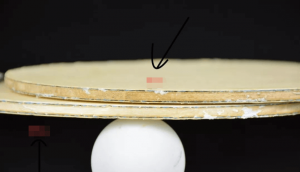 Notes: The suggestions are both suitable for the new Viscaria and old Viscaria. The stable version has better control and defense but is not quite explosive. However, if you want a more violent playstyle, then you need some quite hard rubbers like T05 or Donic F1 Plus to make up the speed. The offensive version can make players loop the ball with greater power and stronger spin.

According to the words on the Internet or some forum, the Butterfly Viscaria is a well-balanced blade. Although there is nothing wrong with this saying, honestly speaking, its control is inferior to its attack.

The old Viscaria has greater power in the middle court, while the new one had a better and softer feel in rubbing up the backspin balls.

Overall, the new Viscaria costs about 185 dollars, which is quite costly. It may be over the budget of many players, but I think the performance and quality are worth every penny! 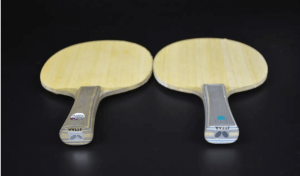 Not only Zhan Jike, but pros like Kasumi Ishikawa, Lin Gaoyuan, and Wang Chuqin also use Butterfly Viscaria.

Besides, I can bet if you keep an eye on your teammates in your club, there definitely must be someone who has used this blade for years. Yes, definitely, without a doubt. Thus, I highly recommend it to you this old but classic blade.