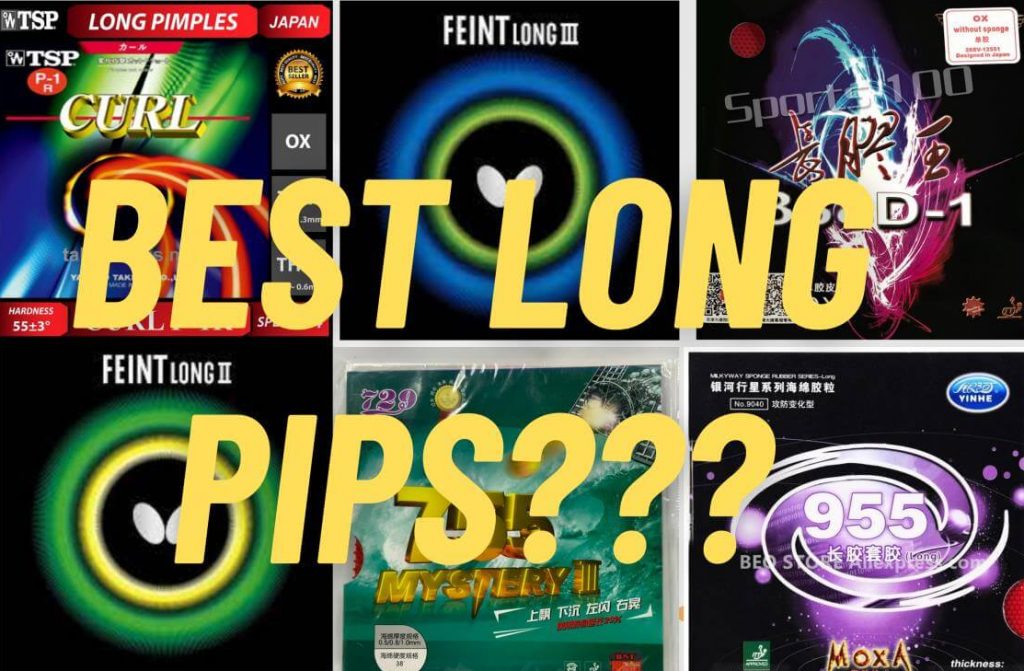 Do you want to dominate your opponents with long pips? If so, then you need to read this blog post! We will select the best long pips rubbers on the market for both beginners and experienced players.

As we have mentioned in the previous blog, one of the most significant advantages of long pimple rubbers is their ability to create unpredictable bounce.

The short, sharp pips disrupt the airflow around the ball, causing it to bounce erratically when it hits the table. This can be extremely confusing for opponents who are used to the more predictable bounce of inverted rubbers.

In this blog, we will cover the 12 best long pips rubber for attacking, blocking, chopping, and spin reversal.

We have made an in-depth review of Dawei 338D-1 in our previous blog. Personally, this is my favorite long pips rubber and it is widely used in China just as DHS Hurricane or W968. One key benefit is that it not only provides more spin than traditional short pips rubbers but also offers excellent control thanks to its softer sponge. This makes it a great choice for players who want to maintain precision and accuracy when playing. It was the first long pips rubber in history and was used by many professional players in China such as Zhou Xintong. Dawei 338D-1 Quattro is an updated version of 338d-1 also launched by Dawei Company. Many fans may ask: what does Quattro mean? Dawei’s Quattro is a special, high-performance rubber that gives you the feeling of speed glue without actually using any.

The result is more power, more control, and more speed, all without the hassle of having to apply and remove speed glue each time you play. The sponge is softer than most, which provides more effects on both first and second speeds.

Of course, we have to notice that the price of this rubber is much more expensive than its previous version 338d-1 as it is a high-quality long pimpled rubber offering excellent control for service returning, chopping, blocking, etc.

With better overall performance than 338d-1, maybe 20 or 10 years ago Dawei 33d-1 was the best choice for attacking, but today I have to say 338d-1 Quattro is the best long pips for attacking! 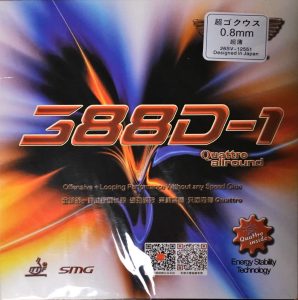 It has a super great antispin attribute so you will have more confidence when receiving the serves. When it comes to attacking, the rubber has great performance in generating spiny and wobbling balls so that it’s quite deceptive for others.

As a result, the ball becomes more difficult to control for your opponents, especially when they are trying to counterattack. At the first sight of this name, I felt a little bit funny and difficult to understand why it was called in this way. Later after checking, I knew that this long pips rubber got its name as its waving of the ball is just like waving the grass. Tibhar Grass series has been developed in consultation with two World Champions – Vladimir Samsonov and Joo Se Hyuk.

It combines good speed with enormous control thanks to its very soft 38°hardness sponge which leads to an unprecedented feeling at impact. You will master all possible strokes with this rubber: light topspins close to the table as well as chops from half-distance.

Especially, it is a great choice for defensive play as the soft rubber can absorb the impact of the incoming ball and can return the topspin ball to a really heavy backspin ball. However, its control and attack ability is not as great as the Chinese rubbers above.

Many European players consider it as the best long pips rubber for blocking and defending. 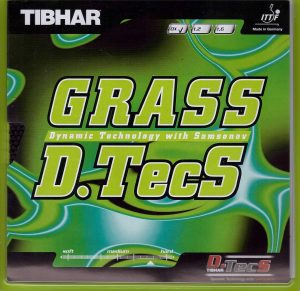 Just like Dawei, Yinhe is a Chinese rubber manufacturer and has a long history of over 35 years. Yinhe’s 955 long pimple is a versatile rubber that excels in chop blocks and provides good control.

Actually, I notice that many players are fond of its OX version(which means that there is no sponge) as the ball becomes more deceptive after chopping or blocking. The rubber has great control and the ball has a low arc after being blocked back.

Like Dawei 338d-1, this long pip rubber also has gained great popularity in China. Yinhe 955 is super light among those long pip rubbers and has really nice performance in chop blocking. The rubber also is insensitive to the super impactful incoming ball. TSP Curl P-1R soft has been used by many famous table tennis players such as Joo Se-Hyuk, Seo Hyowon, and so on. This is a classical long pips rubber with the longest and softest pimples. The rubber has a soft sponge and a special “curl” design that helps to produce spin reversal when the ball hits the racket.

This makes it very difficult for opponents to attack. It can be both used for chopping away from table or blocking close to the table. What’s more, after being blocked back, the ball becomes extremely grippy with heavy backspin. The rubber provides excellent control and spin reversal, which is really enjoyable for defensive players. 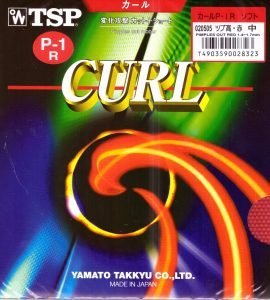 This rubber has been liked and used by many quite famous professional choppers such as Panagiotis Gionis, Joo Se-Hyuk, and so on. The pimples are really long but are approved by ITTF so it can generate heavy backspin while chopping. The biggest feature is its consistency and stability.

The great variation of spins makes it difficult for opponents to read your shots, and the increased spin potential gives you an advantage when rallies get going. Even now a great number of choppers are using this Feint Long II. 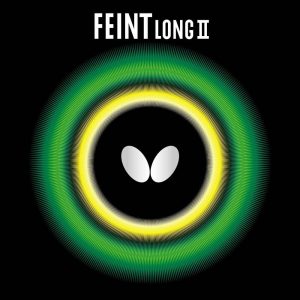 TPS Curl P-4 chop is an updated version of Curl P-1 and the latest version of TSP Curl P series. This rubber was developed by the TSP company with the help of a highly respected Japanese chopping player, Mr. Koji Matsushita.

Curl P-4 features its specially formulated soft sponge, which allows for amazing amounts of control while still maintaining the ability to hit strong attack shots. Overall speaking, the placement and control are more accurate than Curl P-1 the reversal spin is also amazing.

Curl chop has a well round performance and it’s much easier to let your opponents make more stupid mistakes with grippy and deceptive balls. This is a rubber aimed at those choppers with more stability in pushes and attacking but not losing variation.

So if you are a chopper, may be this is the best long pips rubber for you. 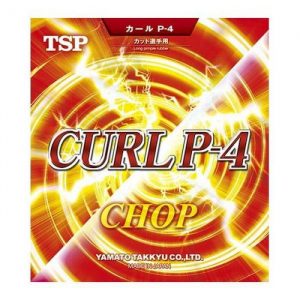 Apart from Butterfly Feint Long 2, Feint Long 3 is also a great long pips rubber for chopping. Feint 3 can provide you with unmatched control and its flexibility allows players to generate different kinds of spins. Many fans may ask: what is the difference between Feint Long 2 & long 3?

Well, Feint long 2 can be used for counterattack and it can generate some fast shots. But Feint long 3 is more suitable for defensive players who attack little. The speed is not as fast as long 2. But if you pursue a stable and consistent chopping in the game, then it’s quite a great choice.

Both two rubbers can transform the ball from topspin to a really heavy backspin to cause more mistakes for the opponents. But as we can see, Joo chose Long 2 in his career because he did quite lots of counterattacks in games.

Donic is also well known for its inverted rubbers but actually, its Spike series is also a great success. The rubber can provide reversal in spin and the ribbed top surface can generate extremely heavy spiny balls. Spike P1 is developed with the help of Wang Xi, a great defender with TTC Fulda-Maberzell. What I like most about this rubber is that it allows me to do blocks close to the table. Combined with my chopping, it can change the rhythm of the game and make my opponents struggle to be used to it. Currently, I am using Spike P1 with a classical pure wood blade, CLCR. 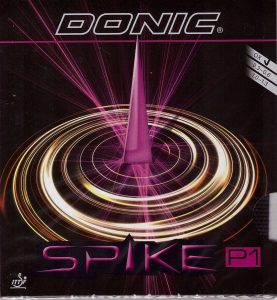 755 is a classical long pips rubber produced by the Chinese Friendship Company. Over the past 20 years, it has been regarded as the best long pips rubber for spin reversal. Friendship, Double Happiness, and Dawei are the three most famous and popular ping pong equipment manufacturers in China. 755 is widely known because it served as the weapon of world champion, Deng Yapin.

This rubber gets its name “Mystery” for the reason that it has great reversal spin and the balls are wobbled. It is not only super deceptive but also can be used to counterattack close to the table. If you have watched the match of Deng Yapin, you can realize that she attacks quite a lot with this rubber. Also, the price of it is quite reasonable, just like Dawei 338d-1. This is a newly released long pips rubber by XIOM company. I suppose many fans have never heard about it. A cutting-edge technology called Hyper Elasto generation TENSOR has been applied to this rubber, making it not only has great control but also great performance in antispin.

As we all know, some players like to fill oil into the pimples to make them softer, but it is illegal. The biggest characteristic of Xiom Vega LPO is its pimples are quite soft and can reverse no matter what kinds of strong spins.

Also, a large touch area between the rubber and the ball, as well as the special dynamic of the rubber, makes LPO a great choice for long pips players. Don’t worry, this rubber is approved by ITTF.

This may be the best long pips rubber for players who like soft and large pimples.

If you’re looking to up your game with some long pips rubbers, the most important thing is that you have to consider your playstyle. Strictly speaking, there is not a so-called “best” long pips rubber. The one that is most suitable for you is the best.

You can also ask your coach or practice partner for their opinion. And the best way to choose long pips rubbers is to experiment with different types and see what works best for you.

What is your best long pips rubber? Please leave a comment below!