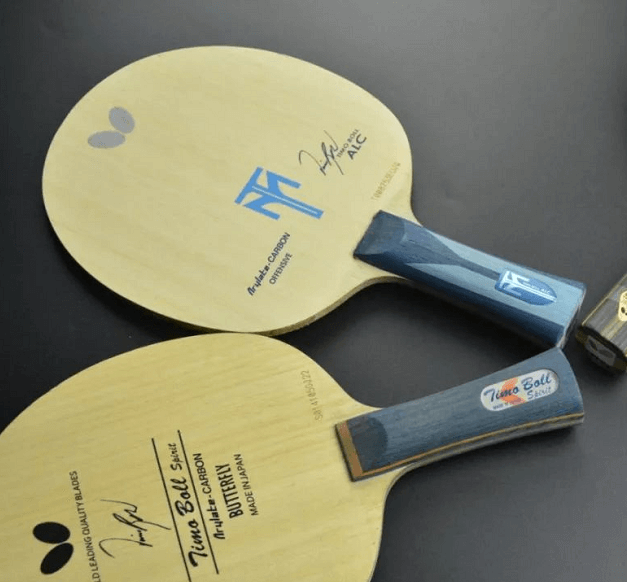 Butterfly company has always been well known for its outer carbon blades, which have been sought after by fans from all over the world. The most popular ones, such as the Zhang Jike series and Timo Boll series, have become essential equipment for loads of both amateur players and professional players.

I believe that some of you must have used blades from both series. In fact, many fans discuss a lot on the forum which one performs much better. In this blog, we will cover the most classic two blades butterfly Timo boll series, Timo boll alc, and Timo boll spirit.

These two blades have been used by German table tennis star Timo Boll at different times in his career. So what is the difference between the two blades? Why did Boll make changes during his career? Let’s take a look!

German ping pong player Timo Boll is one of the world’s leading players. He has been ranked number one in Europe and number six in the world. Boll has won many prestigious titles, including the German National Championships and the World Cup.

In addition to his many tournament victories, Boll has also won two Olympic medals: a bronze in 2004 and a silver in 2008. He is known for his excellent forehand and powerful backhand strokes. Boll uses a variety of spin and speed to keep his opponents off-balance. Besides his ping pong skills, Boll is also an accomplished singer and songwriter. He has released two albums of German pop music. Boll is a popular celebrity in Germany and is known for his outgoing personality and sense of humor.

Butterfly Company is a Japanese enterprise that manufactures table tennis equipment. It was founded in 1950. The company was established in Tokyo, Japan in 1950 by Hiroshi Morita. Butterfly offers a wide range of products, from tables and nets to paddles and balls, to suit every need and budget.

In addition to its extensive product line, there are also Butterfly Training Programs, Butterfly League Services, and Butterfly Social Media Services. The blades of Butterfly are made with great attention to detail and are designed to provide the best possible performance, each with its own unique characteristics. We have introduced a lot of rubbers or blades produced by Butterfly Company such as Butterfly Lin Gaoyuan Super ZLC, Butterfly Viscaria, Butterfly Aibiss, Butterfly Maze Advance, etc.

The design of the two blades is quite similar, both with the logo of Butterfly Company and the signature of Timo Boll. Relatively speaking, I prefer the appearance of the Timo Boll ALC, especially the blue bow-and-arrow pattern, which reflects its noble and elegant characteristics.

In terms of weight, Timo Boll ALC is 81 grams, and Spirit is 87 grams. Despite the fact that both two blades are outer carbon ones, Timo Boll Spirit is slightly heavier. Both blades are 5.68mm thick. In addition, the two paddles adopt the classic 5+2 structure, that is, 5 layers of pure wood and two layers of outer carbon fiber. 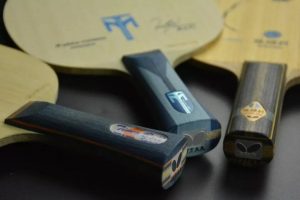 In the elasticity test, the sigh height after the natural fall of the table tennis ball is 40 cm for the Timo Boll ALC and 38 cm for the Timo Boll Spirit. It can be seen that the Boll ALC is slightly more elastic. So how will the two blades perform in the actual playtest? Let’s take a look together!

The speed of Timo Boll ALC is extremely fast but the arc is extremely flat and low. The opponents may be more afraid of this type of forwarding loop drive with a flat arc. For the majority of enthusiasts, Timo Boll is much easier to control. The ball can be bounced quite rapidly even with medium force.

Timo Boll Spirit does not belong to the type with fast ball speed. But it can be felt that loops or flat hits are quite stable. The disadvantage is that in the loop rallies in the middle or back court, you may feel that the ball seems to be difficult to pass over the net, so you need quite good basic skills, and also adjust the arc much higher.

The overall feel of Timo Boll ALC is soft and bouncy. The strength of the blade is lifting up the backspin with a low arc. The speed of off-board is much faster than Timo Boll Spirit, and it’s more explosive and violent.

In terms of counter-loops or topspin rallies, it is not so powerful and the arc is relatively lower when compared with other outer carbon blades such as Zhang Jike ALC. But Timo Boll ALC gives players more confidence to deal with backspin. By the way, personally speaking, I a really fond of its f1 handle.

This blade is able to hold and wrap the ball very well and has quite a stable performance. It feels like a pure wood blade instead of an outer carbon one. But it feels difficult to kill the opponent with one stroke as it’s not as powerful as Zhang Jike ALC or Timo Boll ALC.

It is difficult to pose sufficient threat whether looping the topspin or backspin. The overall experience is that it’s really really stable and can generate amounts of spin easily.

Timo Boll Spirit has a superior performance in some short games no matter in grip and control. Especially, when doing drop-shots or some pushes, Boll Spirit offers more leverage and it has a clear and elastic feel. On the other hand, Boll ALC performs better when doing some long pushes as it can generate more spins and it’s more difficult for the opponents to return it back. 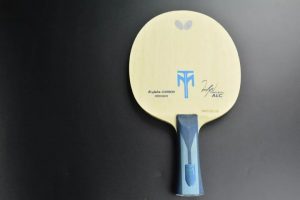 In terms of defense, the feeling is actually slightly different but the performance is not so distinct. Under the same strength, Timo Boll Spirit is much more stable while Timo Boll ALC requires more control.

When faced with the incoming powerful loop drives, we need to retreat to be a little far away from the table to block it back. But when it comes to the active defense, Timo Boll ALC performs better as the low arc with faster speed will make the opponent miss the ball easily.

If you are crazy about traditional powerful and explosive playstyle and have excellent basic skills, you could choose Timo Boll ALC. But you need to use more active force in the topspin rallies in the middle or back court, otherwise, the ball may fall into the net.

Also, another reason is that Boll ALC has a clear feel when hitting the ball. On the other hand, if you prefer stable strokes and great control in the games, then Timo Boll ALC is a better choice without any doubt. Compared with Timo Boll ALC, Timo Boll Spirit is more friendly for beginners.

But for those professional players, maybe Boll ALC is their preference as they need fast-speed and powerful strokes to kill the game. 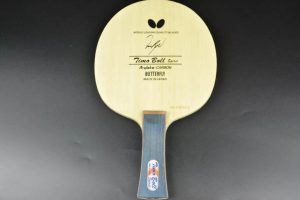 What makes the Butterfly Timo Boll series a classic is that it offers players the possibility of a variety of offensive combinations, which can only be won more smoothly by constantly changing during the game. Both blades have sweet spots and dwell time, making it easy to loop or open up from the backspin.

Relatively speaking, Timo Boll ALC is faster and more aggressive in attack, while Timo Boll Spirit is more stable and better in defense and control. Both are great options to use with the right rubber for maximum performance.